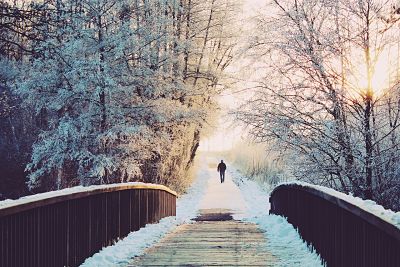 “On the outskirts of every agony sits some observant fellow who points.”                   -Virginia WoolfThe program director for Raleigh Research called me up one day and asked if I’d partake in a two-day overnight clinical trial to test a device which sticks to your skin much like a nicotine patch. It measures motor symptoms such as balance, stiffness, and slow movement, to name a few, as a decline in these functions is the result of Parkinson’s disease. But the most obvious motor symptom it will measure is ‘tremor’; the consistently uncontrollable shaking of one hand, as is the case with may right hand.

If you didn’t know anything about Parkinson’s and saw me walking down a busy street, the one thing that would draw your attention and tell you something is wrong with me would be the steady trembling of my right hand. If you knew all about Parkinson’s, its symptoms and side effects, you would still be drawn to my trembling hand… so many of the other physical symptoms of Parkinson’s are subtle compared to tremor which has become the chief confirmation of Parkinson’s for many confronting this disease.

As for me, in any crowd, my shaking hand stands out like a neon sign on Times Square. In reality, I know this comparison in itself is over sensitive, self-conscious thinking. Still, the hand does draw the eyes toward it, more of like peripheral vision; you see movement in the corner of the eye, on the fringe.

You may try to take a direct look at my hand, only to self-chastise for being so blatant. But it’s alright, I’d rather someone look and ask then to feel uncomfortable and silent.

Tremors are involuntary, uncontrollable, fast or slow rhythmic movements that affect certain areas of the body, not exclusively to but more than not… the hands.

The term given is “resting tremor’ as it usually occurs when the hand, relaxed and laying comfortably in your lap or the arms hanging freely by your side. Once you use the hand to grab a cup or spoon or to type the keyboard for this blog, the hand stops its’ impulsive shaking. As the disease progresses so does tremor as it goes beyond a resting state.

The hand is not the sole target of tremor, even though it accounts for 70% of the cases diagnosed… it could be the foot or less common areas such as the leg, head, chin, or lip… Still, some inflicted with Parkinson’s will not develop tremor at all while in others it may eventually spread to the other hand.

Stress also causes tremor. And stress could be something that is nagging at you from work or it could be something that excites you in a good way like music. It all comes under stress. So what is one to do… for me its mindfulness and the middle way. People comment that nothing seems to bother me. I don’t allow it as best I can.

For some this is non-living but for me, it is living more on point as settling the mind on the present moment, you get to hear, see, and experience all of that moment as it is happening now, creating a beautiful memory that’s more complete.

A friend of mine asked me to attend a religious service. We sat down and the next moment asked to stand and hold hands; you know where I’m going with this, it’s my right hand and it’s shaking like a leaf on a tree in a blizzard. As she grabs a hold of it for dear life, her entire arm starts to shake. I was a little embarrassed but she was cool about it. And she did get to experience what a tremor feels like, of which I hope is the only way she ever has of knowing.

My hand movement during tremor resembles a wave, like in waving goodbye or hello; back and forth, side to side. At other times my thumb sticks out and it looks like I’m hitching a ride in fast motion. Sometimes it shakes so much my whole arm hurts. Try holding your breath and sooner or later you’re forced to breathe. I try holding my hand still and it’s forced to move. It has become an involuntary muscle much like the lungs or heart except my hand will revert back and forth from involuntary to voluntary and back again. There are times when it feels alien to me; it seems to have a mind of its own.

Medication does help but it took repeated trial and error and patience to facilitate what would work. As other symptoms and effects were leveling off, my hand was being obstinate. And it still has a mind of its own, for even with drugs it won’t let me steal the spotlight completely.

My bedroom is on the second floor. I have this personal test I use as a measure for how I’m progressing with Parkinson’s. Each morning I make coffee downstairs, fill my cup and proceed to go upstairs holding the cup in my right hand… the tremor hand, trying not to spill coffee and I haven’t yet. I hope that day doesn’t come but if it ever comes to pass then I’ve reached the next progression with this disease. I’ll let you know if or when this happens.