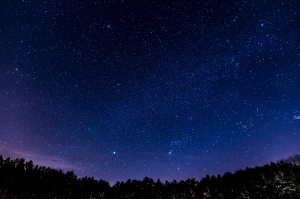 ‘Solitude is not found so much by looking outside the boundaries of your dwelling but by staying within. Solitude is a deepening of the present and unless you look for it in the present you will never find it.’ -Thomas Merton

In his solitude, looking out toward the hemisphere our pilgrim could see the constellation of Orion amongst others along the celestial equator. The open expanse of sky, looked as though it contained every conceivable star in existence, lassoed and corralled for his eyes only. The setting sun lingered on the horizon for one last embrace of the earth as our Pilgrim appeared not have a care in the world, just he and the starry sky above. Most never understand these magical moments where the earth and sky appear to touch the setting sun and all is one.

During a visit with a friend, our Pilgrim’s was asked, ”do you ever get lonely out here.” His response is even more of a foreign concept then most have ever heard .”I am only lonely when I fail to see the sky above with its bouquet of stars and feel the good earth under my feet. We look at nature but nature in her wisdom does indeed look back at us, willing to lend a hand, asking only for respect in return.”

In times of solitude, acuity with the sublime increases. We  appreciate the circumstance that allows the introduction of the transcendent. The nuance, it gives to our being, the deposits of color and flavor that bring warmth to the soul. These moments at times may seem painful but with acceptance these shadows will reveal the light of wonder and understanding, turning from gray to white to gray again. 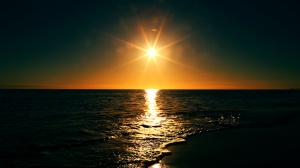 But do these moments of solitude present themselves often enough? We act all too often as if the world is one big computer game and we are continuously compelled to play. Thus without our individual depth concerning life, realized in times of solitude, we lose the gray areas where life really captivates our imagination. These areas are the paradoxes where life is really felt and ultimately made sense of. We must allow ourselves to feel the contradictions in life, to hold sacred the hollowed intuitive feelings that make up our center.

His famous belt is made up of the stars Alnitak, Alnilam, and Mintaka. The star that forms his left shoulder and sling for his sword is Betelgeuse which means in Arabic, The Armpit of the Central One.  One sees a star in the middle of Orion’s sword which in actuality is The Great Orion Nebula.

Orion stands in solitude, his belt, and sword at his side, where he is seen and admired by most of the world, his trusted dogs in obedience above the celestial equator at the center.

19 thoughts on “Onward To the Palace of Wisdom- Solitude”